I’ve been recording Mercy San Francisco’s dance performances for about ten years. They are closing their doors in June. I’ll miss their dances. For their last performance, I isolated Joshua Ornelas, the school’s last Director/Choreographer, and Brianna Anthony, Choreographer, performing Cast, Catch, Caught. Fine storytelling, without a spoken word. Check it out.

Music: You Really Got a Hold on Me by The Zombies

A couple of Pacifica song writers, Rich Jasso and Lee Parvin, crafted a song to bring our attention to the border wall and what it means for the children. They asked me to set their photos to the music, so I submit it to you here. Credits appear at the end. And boy can Lee sing a song.

This was my third year working with West Coast Dance Conservatory’s owner and Artistic Director, Angela Holmes. We recorded five performances with two cameras and created DVDs, Blu-ray Discs, and digital downloads of the performances. We included a montage from each performance.

The video below is a montage from the Saturday/Sunday 5 PM show. There were a lot of exciting performances, with some exquisite work from the company dancers. Thanks to Ron Ho for a great audio feed and creative lighting.

I’ve been working with Teri Nash at Heartbeat Dance Academy since 2007. It’s always amazing how she comes up with fresh ideas for each season’s spring dance recitals. This year they performed at the Carlmont Performing Arts Center, a wonderful venue for light and sound. I shot three performances with two HD cameras to make DVDs and Blu-Ray discs for the families. I received a solid sound feed from the house audio board. Check the video montage we created from the Saturday night teen show of Once Upon a Time. Great music, great dance.

This was my second year working with Angela Holmes, the brilliant Owner/Artistic Director, who has grown what was Millbrae Dance Academy into the West Coast Dance Conservatory.

She put on four performances this year and I shot each with two cameras and an audio feed from the house sound board. AVS made DVDs and BluRay discs for each of the performances with titles and chapter markers to easily click forward and backward.

All performances were shot at the Bayside Performing Arts Center where Ron Ho provided his usual theatre support with professional lighting and sound.

One of my joys is making a montage set to music of the entire performance so each dance gets a share of the limelight. Angela collaborated, with her keen eye, to create a very fun look at the groups in each performance. Let Justin Timberlake’s theme music take you away. 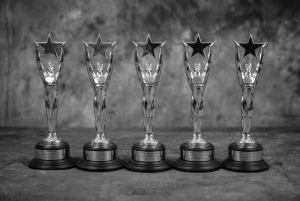